From a text file

A new Dynamic Virtual Folder (DVF) can be created initially empty and then added to later by dropping files and folders on it after it has been created.

After the initial DVF has been created you can make dragging and dropping easier by moving the new Virtual Folder to its own Tab group and then drag from an Explorer tab to the Virtual Folder as shown below.

To Create the Dynamic Virtual Folder 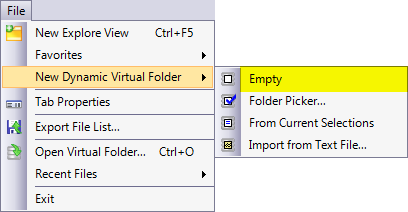 After the DVF has been created you can drag and drop files and folders on to it and even sort the entries by dragging them up and down.

When you drop new objects on a Virtual Folder be sure to drop them on empty space or over a file. If you drop objects over a folder they will be copied to that folder rather than added to the virtual folder.

The easiest way to do this is to put the Virtual Folder tab into a tab group by itself and then use an explore view to drag files and folders to it. (Note that in the pictures below the Tab Group for Dynamic virtual folder has been moved to the left to make everything easier at this small size. To adjust the positions of the tab groups just put the cursor over the wide bar between them, click and hold the left mouse button and drag right or left to the new position.) 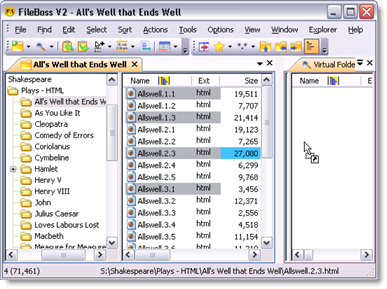 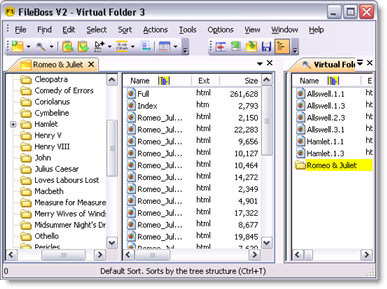